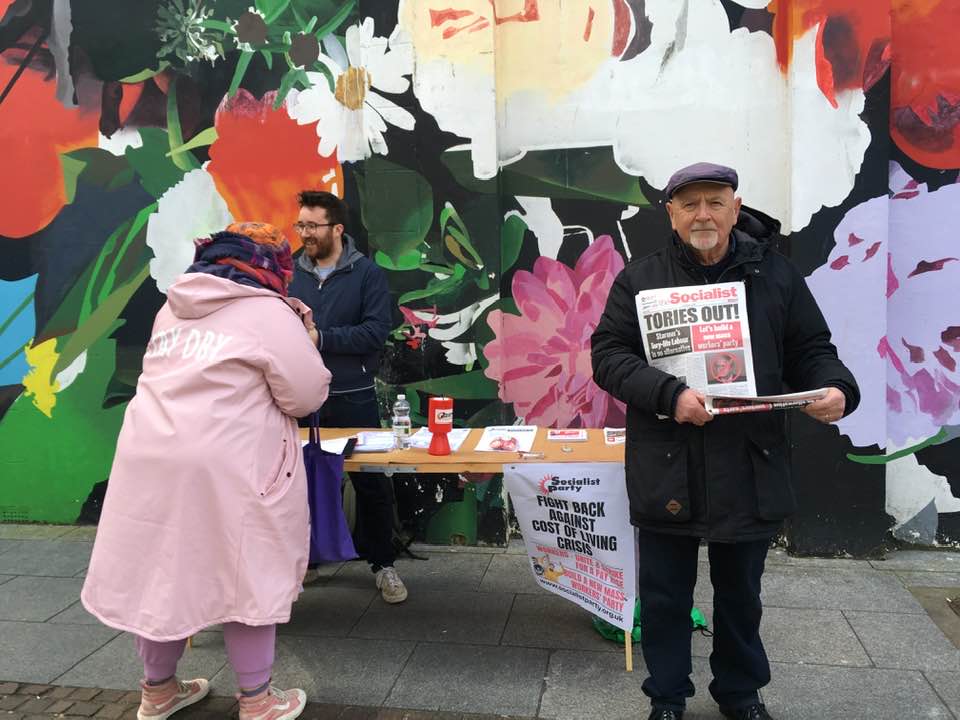 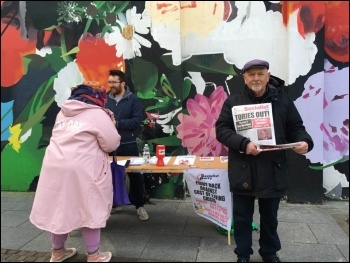 James (left) and the Socialist Party campaigning in nearby Folkestone   (Click to enlarge: opens in new window)

38% of children in Hastings are in poverty. Neighbouring Eastbourne doesn’t fare much better – 33%. These are some of the worst child poverty figures in the south of England, well above national average.

The reality is probably worse. These statistics do not include the impact of the recent rise in energy prices, the cruel slashing of Universal Credit by £20 a week, and soaring inflation. Average rents went up by 10% in Hastings in 2021, compared to an average 4.2% rise across the south east.

What is our Labour council proposing to tackle this? It is making further cuts of £465,000 – in addition to the £446,000 it cut in 2021. The local Conservative opposition, far from focusing on ‘levelling up’, seem to relish the cuts by portraying council budgets as wasteful spending.

The Labour cabinet minister for finance had the cheek to suggest that, despite the cuts, public finances were in a “relatively good place”. What a shameful thing to say! There is nothing ‘relatively good’ about 38% of children living in poverty.

In this context, it is hardly surprising that a lot of people in the area have been contacting the Socialist Party asking about becoming a member. We already had Socialist Party branches in Brighton and Kent, and have recently launched a branch in West Sussex. And we want to build a new branch in East Sussex, covering Hastings and Eastbourne.

People are looking for an alternative to the grinding misery that capitalism offers working people. Labour offers no alternative. Many of our newer members are ex-Labour Party members, disgusted by the direction taken by Keir Starmer.

Key to tackling child poverty are demands such as a £15-an-hour minimum wage and rent controls. Councils should be stepping in to alleviate child poverty too. They should set needs budgets by using their borrowing powers, while building community campaigns to win more funding from national government.

This is what East Sussex Socialist Party will be fighting for in our campaigning, as well as the socialist transformation of society, the only way to end child poverty for good.