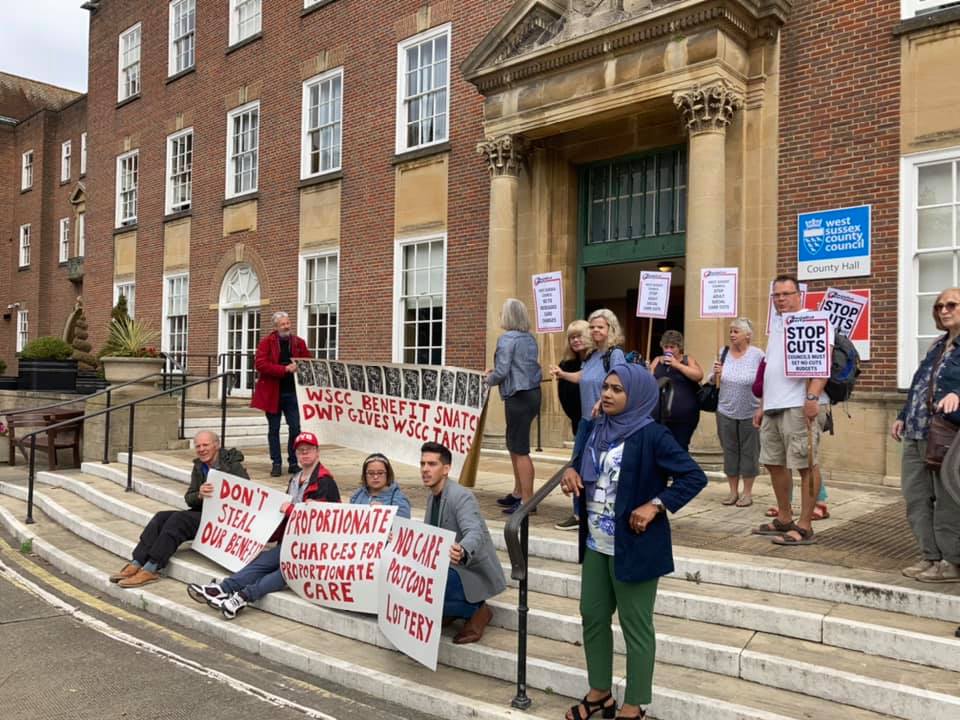 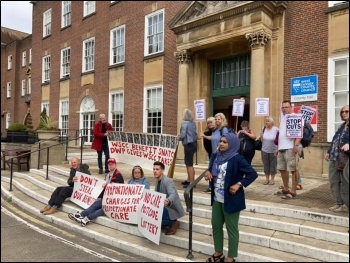 West Sussex Tory council will not cut adult services in 2022 or 2023. Our campaign has certainly made an impact.

But cuts could come in 2024, so we have to keep fighting. In the meantime, we are campaigning against the care charge or, as we call it, the disability tax.

The council says £132 a week for under-25s and £152 for over-25s is enough to live on. Anything disabled residents receive in benefits above this, they have to pay to the local authority.

To claw back a bit of income, people can submit evidence to the council finance department. This involves a lot of time and effort that quite frankly carers do not have.

I cannot tell you how many hours I have spent collating and submitting evidence on behalf of my son. To go cap in hand to a load of number crunchers is demeaning. They have no empathy towards disability and treat us with contempt.

One mother is dying, and the centre that her son attends is trying to support the family. But the family are being hounded for the care charge, and are not in a position to pay.

Centre staff have told the council of the situation. But the council is adamant it will continue to pursue arrears, as it says it has received no evidence.

Many have stopped accessing support, as they can no longer afford the charge. People are broken and unable to cope. Many have had suicidal thoughts.

Outrageously, the council privatised its finance department in 2012, before deciding that it should be brought back in-house eight years later. A lot of money has been wasted on outsourcing. This shortfall is being passed on to disabled people.

A council committee gave the full council eight months to make an improvement plan – this is a completely inadequate response. It does not appreciate the pain their policy is causing.

There must be an immediate moratorium on the charges. Our aim is to scrap the care charge altogether.

Amanda Jupp, West Sussex council cabinet member for care and health, said: “In most cases, higher charges were due to people having higher incomes than the last time they had been assessed, and most complaints have now been resolved”.

This is complete rubbish. Some charges have gone up 400%. Benefits have not gone up by 400%! ‘Resolved’ complaints for the council means that people have exhausted themselves and given up.

Our campaign, Warrior Carers, is gathering momentum. We have the council on the back foot. The fight goes on, and we are not going away.