The capitalists try to claim that socialists could only come to power by force. This is a red herring. The popularity of the anti-austerity programmes of Jeremy Corbyn and Bernie Sanders in the US has given a glimpse of how socialists could win elections. But it is the capitalists who have the most brutal record of violence imaginable, including overturning democratic elections if they threaten the rule of capital. 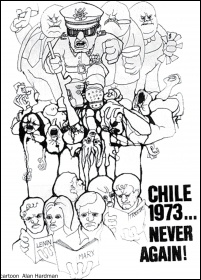 For example, in Chile, from 1970 to 1973, the Popular Unity government nationalised approximately 35% of industry, but the main levers of economic, and therefore political, power remained in the hands of the capitalists. This enabled them to carry out a brutal coup, murdering tens of thousands of workers in the process. Unsurprisingly, Thatcher defended this, saying it was justified by the threat of 'communism' - by which she did not mean Stalinism, but workers' democracy.

Nonetheless, in a country like Britain, it would be possible for an entirely peaceful socialist transformation of society to be carried out. If a socialist government was to nationalise the 'commanding heights' of Britain's economy, provided it mobilised the active support of the majority of the population - the working class - the efforts of the capitalists to stop it would come to nothing.

Of course, if they thought they could get away with it there is no doubt that the other major capitalist powers would attempt to strangle a socialist Britain. However, they would not be able to get away with it. In today's globalised world one country breaking with capitalism would undoubtedly trigger off movements worldwide, not just to defend a workers' state in one country, but to follow its lead. Look at the way the revolutions in the Middle East and North Africa inspired the Indignados movements in Spain and Portugal, and how Occupy spread around the world. Imagine the movement that would take place in support of a democratic workers' state. 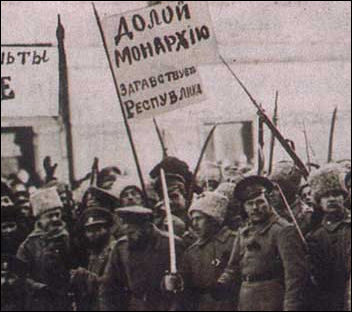 Today, far more than at the time of the Russian revolution in 1917, when the working class took power for the first time, there would be the potential for socialism to spread like wildfire. In the aftermath of the Russian revolution, at the end of the First World War, the imperialist powers did attempt to invade the revolution in order to crush it. The main reason for the governments of Britain, Germany, France, the US and other countries abandoning their assault on the Soviet Union was a fear that their armies and populations were being infected by the 'socialist plague'. With modern communications it would be far harder for the US or other capitalist governments to justify to their own populations taking action against a democratically elected socialist government. In addition, in a globalised world, the enormous similarities between the struggles facing the working class in different countries mean that socialist ideas would have a very immediate resonance. A socialist government in in any country of Europe that acted to break with capitalism, for example, would immediately get enormous support from workers across the continent, above all in those hardest hit by austerity.