Exeter Trades Council has agreed to support the demonstration in Exeter on 3 July. The time for clapping our NHS staff is over. Clapping does not put food on the table or pay the rent! The miserable proposed

Teignmouth Hospital was the first hospital to be rebuilt by the NHS, in 1954. Over the years, local residents have raised millions to buy equipment and beds, and refurbish large parts of it.

If austerity is over, no-one told the Tory councillors of Devon County Council. Foster carers are to have their allowances cut by 30%.

As far back as I can remember I have struggled to come to terms with the staggering and blatant inequality in the world, writes Adam Lines, Exeter Socialist Party.

Food workers' victory: Two hundred and seventy workers at the giant multinational Refresco-Gerber in Bridgwater, Somerset have won a victory against reductions in terms and conditions after a series of strikes from January to March 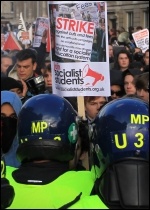 Fighting the cuts: Birmingham and Exeter 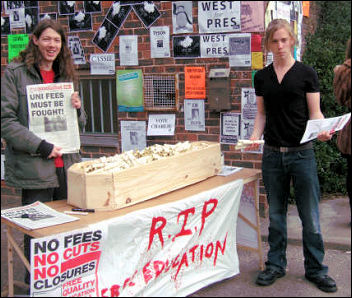 Socialist Students in Exeter did a debt-o-meter on the Campaign to Defeat Fees day of action in 2008, photo Jim THomsom 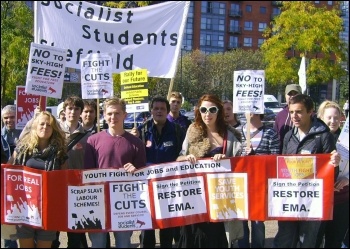 Exeter: Exeter Socialist Students has had a fantastic start to the new academic year with over 50 students signing up...

A meeting dubbed as Liverpool city council's 'Question Time' was held at Liverpool town hall on 27 October. On the same day a sham 'consultation' on cuts also took place in Exeter... 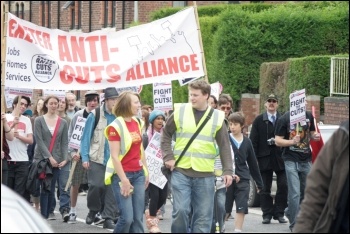 Anti-cuts May Day in Exeter

On May Day bank holiday Exeter played host to a vibrant and up-beat anti-cuts demonstration. The demonstration was the biggest Exeter has seen since the anti-war movement 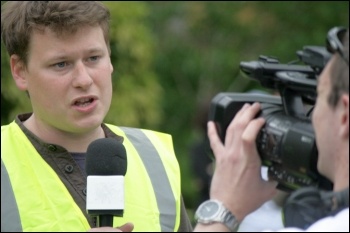 On Thursday 17 February, Devon county councillors voted on a budget which would slash £54 million from services, including support for abused women, youth services and public transport