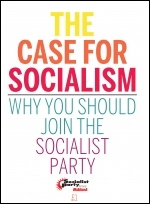 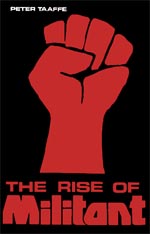 The Rise of Militant

Militant's Thirty Years 1964 - 1994
The official history of the Militant tendency, forerunner of the Socialist Party.

Written by Peter Taaffe, general secretary of the Socialist Party and the Militant's first editor 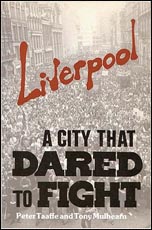 Liverpool - A city that Dared to Fight

By Peter Taaffe and Tony MulhearnMilitant played a leading role in Liverpool city council's battle against the Thatcher government 1983-7. This book presents both a commentary and penetrating political analysis of the growth of Marxism in Britain.
Buy this book 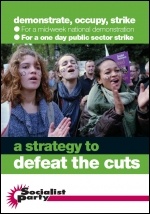 Demonstrate, occupy, strike
● For a mid-week national demonstration
● For a one day public sector strike 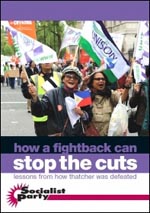 Online: Twenty years ago, the Tory Prime Minister, Maggie Thatcher was reduced to iron filings by a mass movement led by the Socialist Party, then called the Militant. This pamphlet outlines how we can stop the cuts.
* Click the link above to read online
* Click here to buy this book 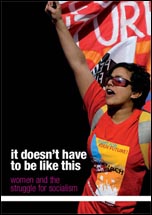 It doesn't have to be like this
By Christine Thomas

It doesn't have to be like this - What consequences will the economic crisis and its aftermath have for women? 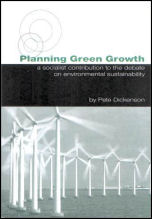 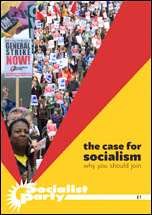 This short pamphlet outlines what the Socialist Party stands for and how we think it can be achieved. If you agree - join us! 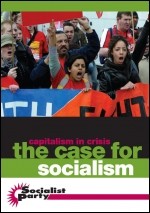 The profound crisis that global capitalism entered in 2008 is resulting in increased hardship for the majority, in Britain and internationally. 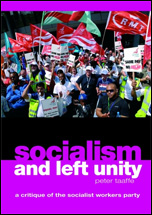 Socialism and Left Unity - A critique of the Socialist Workers Party

Pamphlet published in November 2008.
The Socialist Party in England and Wales, and the Socialist Workers Party (SWP) are the two largest organisations on the 'Marxist left' in Britain. Many argue: 'Why can't you forget your differences and combine to unite yourselves and the left in a real alternative?' 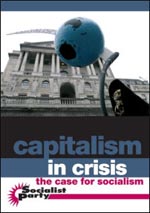 The defenders of capitalism were wrong and the socialists and Marxists were right. This is what the current economic crisis means - as well as hardship for millions of people. Over the last few decades...

Pamphlet dated 24/02/2009, later revised and republished as 'The Case for Socialism' 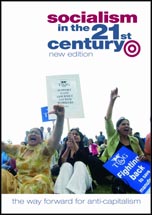 Socialism in the 21st Century - The way forward for anti-capitalism

Answers questions such as Could things be different? How could socialism work? and Is there an easier way to change the world? 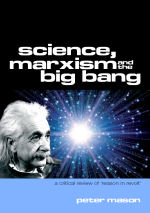 Science, Marxism and the Big Bang

A Critical Review of 'Reason in Revolt'
By Peter Mason

A contribution to a debate on Marxism and science.

We beat the Poll Tax

Militant pamphlet 1991, with additional extracts from The Rise of Militant